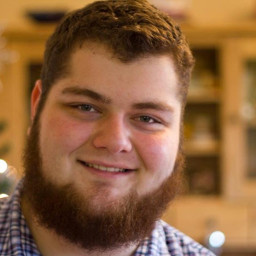 I have a simple suggestion - ISPs should be legally obliged to advertise average contention ratios for their services, and give a new subscriber statistics on contention they will face before they subscribe.

ISPs sell access to the internet through lines they operate or lease. We are sold ‘up to XMbps’, meaning that we get access through a line others also use, and there will be a number of other subscribers on that same line, with the bandwidth shared between the subscribers. When the ISP sells more people ‘up to XMbps’ access than the line has capacity to offer, contention occurs - subscribers ‘fight’ to push the data down the pipe, resulting in much slower speeds than advertised.

This is a reality of networking - people don’t use their connection 24/7 at 100% capacity, and giving every user dedicated lines at the ‘up to XMbps’ speed would cost a lot more. Expecting a contention ratio of 1:1 (1Mbps of bandwidth for each Mbps of bandwidth sold to you) isn’t viable right now, at least, at consumer cost, and that’s OK. (However, things are changing, and people will need more and more of their bandwidth more and more of the time).

My issue is that ISPs sell their services with no indication of what contention is. While sharing the line with 20 others might be an economic reality, if you are sharing with 200 people or heavy users, peak times are going to cause your connections to be unusable. When new users are sold lines under such heavy contention, with no indication that is the situation, it is, in my view, false advertising.

I believe the government needs to take a look at ISPs, just as they did with other utilities. When ISPs advertise, they should be forced to give average contention rates (ideally as targeted as the advertising - Virgin particularly seem to enjoy putting mailers through my door, trying to encourage more people to their already over-subscribed service).

It should also be a requirement that when a new subscriber chooses to subscribe, they should be given a breakdown of contention they are likely to face, showing an hourly average speed based on real world usage in the area. For example, in my area, my line is reduced to uselessness at 6-8pm.

If, before a user subscribes, they got to see a chart showing dips to 0.25Mbps, every evening, they have a real understanding of what ‘up to XMbps’ means. Providing this information isn’t hard for an ISP.

Of course, this doesn’t solve the biggest issue - competition. The reality is that in the UK, if you want reasonable speeds (by which I mean fibre, as ADSL is simply not fast enough in today’s world), you generally have one choice of network - either Virgin Media or OpenReach (via whatever ISP). It’s rare to have the option of both, and the reality is all OpenReach providers share infrastructure and will therefore share contention. It would, however, be a step forward.